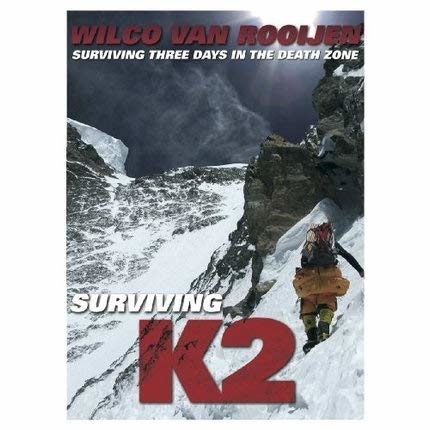 In the summer of 2008 the Norit K2 Expedition, led by Wilco van Rooijen, climbed the 8611 metre high K2 in Pakistan, without supplementary oxygen. The descent witnessed one of the worst tragedies in recent climbing history. On average one in four of those who summit dies on the killer mountain. In 2008, while the world held its breath, from CNN, Al-Jazeera, Sky News to Dutch TV News, no less than 11 climbers succumbed. For three days Wilco van Rooijen was reported missing; and the outside world had all but given up hope of ever seeing him alive again. But at the end of his strength, he successfully returned from the death zone.

The Dutch Norit K2 Expedition ultimately paid a high price. What exactly happened on that first day of August 2008? Could the drama have been avoided? Through a gripping and raw style of writing Wilco van Rooijen has told a compelling and revealing story. Surviving K2 is an epic. Wilco van Rooijen (1967) is one of few professional Dutch adventurers. He has climbed the highest summits, from the Alps to the Himalayas. And was the first to reach the three poles on his own efforts; the geographic North and South poles and the highest; Mount Everest, without supplementary oxygen!

Your book will be personal signed by Wilco.

If you want to order this book from outside Europe, Canada or de USA, please send us an email at [email protected]